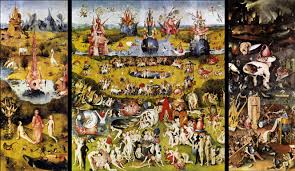 Here at Classically Educated, we love to look into the past.  Parting the mists of time is not just educational, and it doesn’t just keep humanity from repeating the past’s errors (although, it doesn’t seem like we’re very good at that), but it’s also fun.  We know we definitely enjoyed the series of articles on the Bismarck – and we are always looking for interesting takes on history.

The present, too, is fascinating, as long as it involves travel to new places or experiences with new groups of people who have interesting, thoughtful takes on life – or who simply cross the street very differently from what you and I might be accustomed to.  Romance is also interesting…

But we don’t often look into the future all that much, which is kind of ironic considering that Classically Educated is a blog, with contributors from all over the world, most of whom have never spoken, much less met face to face.  Most have never even been in the same country as the rest.

So let’s look forward – specifically, let’s try to guess what will change people’s lives the most.

It has been said that new communications were going to change our lives fundamentally, and it’s indisputable that they have… except not fundamentally.  Having fingertip access to information and entertainment has created changes that range from the way people learn, to the way people date.  But it hasn’t really changed the fundamental way people interact with each other.  We still make friends with the people we have physical contact with, mainly.  We still – despite Google having the answer to everything – ask ourselves why we’re here, and where we’re going.  We go through teenage angst (and read Stepanie Meyer books), fall in love, get married, get jobs, some people get divorced, and then we die.

We could posit that immortality would be a big-and fundamental-change, but I sincerely doubt that it’s the next one coming down the pipeline.

So we’ll look into the one thing that has been – and will probably continue to be the biggest motor to social change since the Industrial Revolution: production methodology. 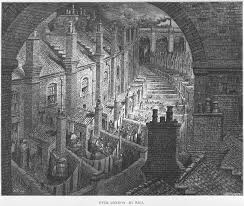 Bear with me.  Factories were the innovation that began the migration of people from the country to the production centers in a major way.  Factories needed workers, the population was growing, and there was really no need for more mouths to feed in most peasant hovels (yes, this is an insensitive oversimplification, but it is still accurate).

Then came Henry Ford, and his production line.  While the clear, obvious consequence of this is that distances for the common man suddenly became much shorter in practice, mass production also meant that people could have stuff, lots of stuff, for reasonable prices – and they could have the same stuff as their neighbors.  This actually did change the way people interacted, and we’ve been living in the automobile age ever since.  Computers are a byproduct of this age, but have served to accelerate it and make it more efficient as opposed to shaking the foundations.  Ditto the internet and smartphones – refinements on the social structures of the industrial/automotive age, not really a huge change except in efficiency (even the supposedly doomed music industry is still around, it seems).

Perhaps the single biggest missed opportunity to really change things so far has been space exploration, but the imbecilic insistence on solving Earth’s problems first has scuttled that until private industry can afford to take humanity’s next step (so, despite his electric cars, I find myself rooting for Elon Musk…).  The gentler, kinder world we live in means that the timid rule the public budgets.  Too bad.

We believe that the next big change will be atomized production.  Not just decentralized, but atomized.  Yes, we are still some years from the home nano-factory, but it will get here sooner rather than later, though hopefully not as described in Nancy Kress’ story “Nano Comes to Clifford Falls” (you can read the first part of the story here).  The first steps – Print on Demand and 3-D printing are already here, refinement will take things to another level, as it always has.

But back to nano.  Just think about it for a second.  When you can produce anything you want at home (or in a communal nano-factory a few blocks away), limited only by the availability of plans and the cost of materials, factories will disappear.  So will the factory worker…  A lot of literature which talks about the proletariat will be tossed out (or more likely, subjected to obvious revisionism), as that word will cease to have its original meaning, at least as regards to the productive part of the value chain.

I actually believe that this will be better in the long run, but a LOT of governments are going to try to block it, especially those that produce tons of stuff…  And if it isn’t the government, it will be the unions.  Countries will suffer revolutions because of this, but at the end of it, humanity will have taken a huge step forward.

Are you ready for that change?

Classically Educated is.  In fact, we’re so enthusiastic about it (assuming most of us survive the cannibalism while we work out the implications) that we have joined the first wave.  We have created a Classically Educated Mug on Zazzle, and anyone else who loves the site, or just the concept of a classical education can buy it here (all photos of you – or your cat – posing with the mug that you send our way will be included on future posts)!

*We recommend you fill it with tea, which is the correct beverage for reading the classics…  But this, of course, is a strictly non-commercial exercise done for scientific reasons 😉 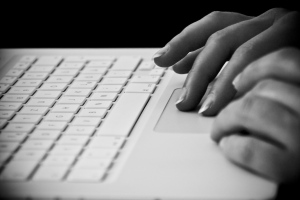 So, today’s blog is about… blogging!  Specifically, it’s about blogging here, but it can be applied to any blog you might want to know about.  We did warn you that this blog would be eclectic, didn’t we?

When we began, a couple of months ago, we had a bunch of questions, ranging from “Would anyone be interested in this?” to “Will running the same topic in more than one post in the same week help or hinder readership?”  We’e answered those two (yes and help, in case you were wondering), but we know that we still have a lot of stuff that will catch us by surprise.

Nevertheless, I would call the first two months an unqualified success.  We kept to the publication schedule, had a bunch of guest bloggers sharing their wisdom on topics ranging from Romance to Awesome High Schools, and we have some interesting stuff in the pipeline as well (for example, if you ever wondered what life was really like in Syria before the civil war, stay tuned).

But what did we actually learn?

Well, the first thing we found out was that having a nice-looking blog interface really engages people.  I’ve had guest bloggers tell me that the reason they accepted the invitation was that the blog looks really good – and was even more of a motivating factor than the content which had gone before.

The second thing we learned was that having a Facebook fan page is important, as FB seems to be the place where most people go about sharing links and clicking through – a majority of the traffic we’ve seen has come through FB links.  Also, if you haven’t already done so, go ahead and like our FB Fan Page, and you’ll get updates automatically whenever we update the content.  LinkedIn, LiveJournal and Twitter feeds have also had some readership, but FB seems to be where it’s at right now.

Third thing – and this one was a bit painful – was that a nicely emotional, personal article will always attract more readers than the most interesting mega-punditry.  Unexpected, but true, and probably explained the need to write this post.

These are just some of the learnings – I could also mention the fact that readership grows slowly, in spurts, that no matter how many readers you have, people will be too shy to comment.  Or that unexpected topics wake people’s passions – such as last week’s tango extravaganza, which proved unexpectedly popular.

Not so positive things?  There were some.  If we had to do it all again, we would have launched the FB fan page the same day as the blog itself, so that even the readers who came aboard very early could have signed up for the updates.

And the final thing?  The analytics are addictive, especially the map which tells you where people are reading your posts.  We’ve been delighted to entertain visitors from every continent other than Antartica…  But are now a bit obsessed by the fact that we’ve had none from Senegal or Nepal (in fact, Africa and Asia are both conspicuously blank).  Why not?  Where are you guys?

We know you’re out there…  and we will find and engage you!