Essentially, The Telegraph’s article tells how countries which use text books to help structure learning of the sciences and mathematics are consistently outscoring British children in test scores.  It also describes how the progressive elements within  Ofsted, the UK agency charged with, among other things, evaluating teachers, have been setting standards that, wittingly or unwittingly, have been leading to the eradication of textbook teaching from British public (public, in this case being used in the global sense, as schools run by the government – not in the traditional British sense of non-home-schooling institutions) schools.

This isn’t as silly as it sounds.  Some of the basic tenets of progressive education include the push to have students be more creative, which means that having a less-structured and more participative approach in the classroom would, on the surface seem to be a good thing.  When one combines this with the value placed on non-traditional strengths such as emotional as opposed to “traditional” intelligence, the classroom becomes a much more free and inclusive environment.  In theory, it sounds like a winner.

The origins of this attitude can be traced back nearly fifty years to the Plowden report*, which advised on the state of the British public school system, and is pointed to as the basis of modern British progressive education, and certainly raises many points that have been addressed effectively.

However, the report encouraged abandoning the old structured teaching method of a teacher standing in front of the class and imparting knowledge at a board, in favor of a much more participative model… which, in turn means that teachers have since been evaluated in this light, and textbook teaching has fallen way out of favor.

Like many ideas that sounded great on paper, however, this has become a huge mess, and British public schools have dropped out of the top tier in all the sciences, which isn’t surprising.  Structure is important in teaching certain subjects and, like it or not, maths and sciences are usually the subjects that make people easily employable and make nations powerful, and all the latest reports have been arguing that while the progressive model might be good for some things, it is very bad at teaching students. 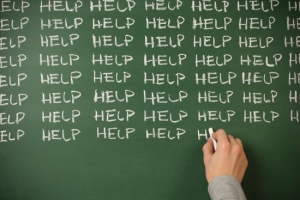 This, of course, makes us sound like a stereotypical old man (“Back in my day, children had to learn, daggamit!  And we knew Latin!  Not like today’s young ruffians!  Now get off my lawn!”), and it’s true that people have been complaining about the decline in education for the past two hundred years**.  But the fact that people are inviting children to essentially teach themselves science, and then are surprised when said children are embarrassed by youngsters from South Korea in all the tests is mind boggling.  It’s obvious that a more structured approach is going to yield better results.

Of course, this system, which was designed to help improve the education of children who couldn’t get access to private education is only harming the very people it set out to help.  Private schools are still using the best methods available, and are more agile in their ability to switch from one to another as new information comes along – which means that they are mostly exempt from these pitfalls (although not entirely).  I seriously doubt that Eton will be bowing to progressive thinking if they fint that their academic prestige is going down.  They’ll simply revise until they find a balance that works better than everyone else’s to retake their place at the top of the list.

Even Ofsted seems to be revising its position, albeit quietly (progressives can be surprisingly aggressive and activist when their sacred cows are challenged by the real world and, horror of horrors, actual data), but it might already be too late for an entire generation.

After all, learning that competition and structure are bad and knowing that everyone is intelligent in some way or another is not exactly conducive to getting a high-paying job in a globalized economy which includes highly motivated people from countries where they are taught to compete and hone their knowledge and “traditional” intelligence from a young age.  Under that model, countries who’ve surrendered to the progressive utopia seem destined to become the new third world, as countries who are working to get ahead – particularly countries in Asia – take the leading role.

Or they might not.  The west may actually react in time.  But either way, it should be interesting to watch.

* With an honorable mention to the members of Pink Floyd, of course.

**If you have any doubts about what our view is of this, just take another look at the title of this blog and think about it for a few minutes.  We’re sure you’ll figure it out!