There are many films about World War II.  Most of them are action flicks.  Some are anti-war.  Others deal with the horrors of war in general.  Some are Italian, and therefore morally ambiguous and political.  And only Quentin Tarantino knows what he was trying to do with his.

But there is one film that stands head and shoulders above the rest when it comes to understanding the effect of the war on the lives of the men and women in the United States who survived it.  That movie is The Best Years of Our Lives, the 1946 ensemble masterpiece that became the highest-grossing film since Gone With the Wind.  And since anything to do with the old South is seriously out of favor nowadays, the war film should come even further into its own as the days go by.

The title, of course, refers to the fact that, despite its horrors, war gave the protagonists–three men recently demobilized who return to their hometown–a shared experience that all of them recognize as participation in the most important event that they will ever be a part of.  They return to a society that doesn’t understand what they’ve been through, and is often cruel and indifferent to their needs.  The question “was this terrifying experience the best thing that will ever happen to me?” casts its shadow over the entire movie.

It’s never answered, because all three of the men eventually find a path that, with luck might bring them something better.  But at the same time, the paths they find might also lead them to a life of grey mediocrity, a condition that they’re ideally suited to identify because of what they’ve lived through.

Interestingly, despite some of the themes, it doesn’t show much anti-war sentiment.  The war happened.  It was important and necessary.  And now they’re dealing with what comes next.  Simple, no need to overthink it.

That’s probably why it works so well today.  In our world, a film like this would have been an exercise in political reflection, guilt and recrimination.  Back then, when the US had an actually significant event to reflect upon, it was a measured, even-handed view.  It’s interesting to see that people back then (yes, even in Hollywood!) acted like adults while seventy years later, everyone is a whining, idealistic adolescent.  Sad, too.  But mainly interesting. 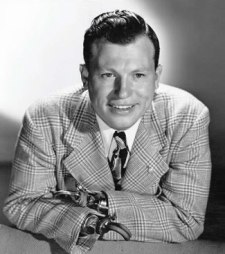 The standout for me was the character of Homer Parrish, a former Navy sailor and amputee played by Harold Russell.  Our politically incorrect viewing party immediately dubbed him “Sailor Hook”, but the truth is that he steals the show; his Oscar win for best supporting actor was well-deserved: apart from being an amputee, the guy could act. so we tried to find a little more about him.

There’s an army film about rehabilitating veterans in which he stars, entitled Diary of a Sergeant.  It’s available in its entirety on Youtube.  Inspiring and sobering in equal measures, kind of like the film about the Battle of San Pietro, also produced by the military and which was so significant that we spoke about it twice: here and here.