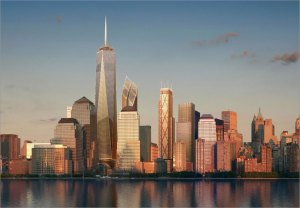 So, our Editor-In-Chief has just returned from a trip to New York… it was pretty obvious that he was going to write stuff for the page.  His first delivery is a slightly elitist take not only on art museums, but specifically on which art museums.  A phrase about leopards and spots comes to mind.

When I got back from my recent New York vacation, a friend who’s never been to the Big Apple asked me: “Other than just walking around the city, what is there to do in New York?”

Talk about a loaded question.

In the first place, “just walking around the city” should be more than enough for essentially anyone.  This is a city that, if you avoid the tourist traps such as Times Square, or the Statue of Liberty cruise, is extremely rewarding.  Culture, be it art, literature, history or any other expression is there to be found, often even if you are a brain-dead tourist who tries to avoid it.  Any house on Museum Mile is likely to be an art gallery – even if it doesn’t really advertise the fact.  The Strand is an amazing experience, and if you happen to land in Times Square by mistake, the theater overflows onto the street.

But my first instinct when answering was: the art museums.  There’s MoMA and the Met, of course, but also countless others.  The Whitney, The Frick and the Neue Galirie spring to mind immediately… but there are still others.

But what if we had to pick just one?  And what if, hypothetically, you had to pick it according to Classically Educated’s Manifesto, so you could write an article about it?

Even more loaded than the last one!

But we’ll give it a shot.  And we’ll make it a top five list, just because people on the internet like top five lists. 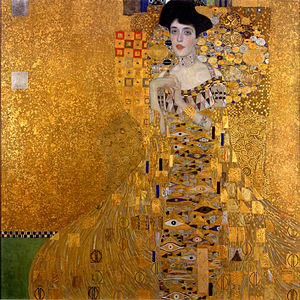 5. Despite the fact that Gustav Klimt is well represented – by the famous, stolen-and-recovered-and-sued-for-and-recovered-again portrait of Adele Bloch Bauer, and that the gallery is located almost perfectly, the Neue Galerie is still a bit limited in scope.  Cool, but very small, only good enough for fifth place on our list, just edging out the Morgan Library museum, and the unexpected collection at Kykuit and well ahead of the Brooklyn Museum. 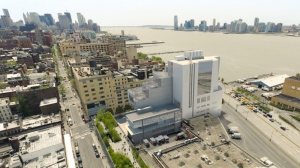 4.  The Whitney.  4th place might be a bit unfair to this icon of American art, as, had I waited until 2015, I could have spoken about the museum in its new building at the southern tip of High Line Park.  But as it wasn’t yet done at the time of writing, we’ll acknowledge the quirkiness of the special exhibits here (Kusama being a particular favorite) with 4th place. 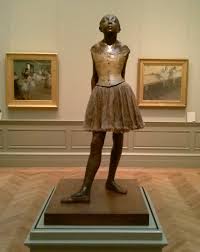 3. The Met.  Wow, I can hear the cultured from all over the world complaining already.  How can the Met be third?  Well, it is.  It’s an amazing museum, built on the scale and philosophy of the Louvre in Paris, with the added benefit of an impressive Impressionist collection, which the Louvre doesn’t really have. But… apart from not having that inexplicable Pyramid entry, the Met has a bit too much mass appeal to get any further than third on our list.  Which just goes to show how good the art museums in New York truly are. 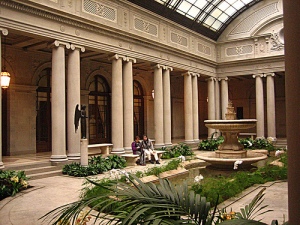 2.  The Frick Collection.  While the collection itself is small, and not particularly impactful compared to the others on this list, the Frick deserves its place among our favorites for various reasons.  The first is that the house it is located in is perfect gilded-age elegance, uncompromising in the sense that money exists to be enjoyed, without guilt and to the fullest extent.  It is a beautiful place.  The art is good, too, with Whistler, Goya and Velázquez on the walls.  It can’t be first, but it is the one that makes us point and say: that is how it should be done. 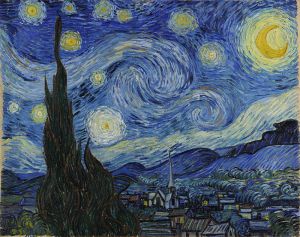 1. MoMA.  OK, so once the Met was out, this one was always going to win, but still requires some explanation.  Classically Educated is supposed to be all about the classics, after all – and the collection here is late 19th century at its oldest point.  But the thing is, if you go off to look for a polymath with gently elitist tendencies, it’s more likely that you’ll find him hanging around in this museum than any of the others on the list.  So, something about this museum makes it a haven for our target audience.  What?  Well, for one thing, it’s eclectic – you need to be able to appreciate painting and photography and graphic design and industrial design to truly enjoy this one.  For another, you need to be grounded sufficiently in art theory to have an appreciation of the conversation that is constantly going on regarding the definition and limits of art.  These two characteristics make it our kind of art museum – but what truly seals its position is the fact that there it is: Van Gogh’s The Starry Night, hanging on its own wall.  When you have the best impressionist painting, you have an insurmountable advantage.

Disagree?  Of course you do.  That’s what the comments section is for…  Also, liking us on Facebook means you won’t miss any posts!