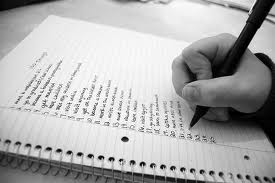 Blogs (including this one) are full of lists.  Top ten this, ten best that, ten worst hat experiences*, etc.  So are websites, sports shows, books and Cosmopolitan.  In fact, though there’s no list included in this particular post, it is closely related to one, which is also a book.

Those who’ve followed me over from my venerable Livejournal know that I’ve been watching the 1001 Movies You Must See Before You Die in chronological order.  This is driven more by curiosity regarding something I didn’t know all that much about (cinema history) than true obsession regarding the field (which is, in my experience, how polymaths do things).  I don’t watch one a day, or one a week, or anything like that, but, on occasion, I watch one, and have made a decent dent in the list.

I used to blog about it on the LJ, but the theme fits Classically Educated much better than what is, in essence, a writer’s blog.  So, as from today, I’m moving them here.

Classically Educated joins the party at my current progress level, which means that classics such as Metropolis, Gone with the Wind or Birth of a Nation (possibly the most shocking -actually laughably shocking, as I laughed in disbelief almost all the way through the second half-movie to modern sensibilities that I’ve seen so far, but also a landmark in film technology and one that brought the medium new maturity) have already been discussed.  Anyone who’d like to have a look can go here.

Today’s movie is not the ideal starter, but that’s never stopped us before, so here goes!

Meshes of the Afternoon is an experimental film from 1943, and a surreal one, to boot, so it’s really only lovable for people who either fancy themselves connoisseurs of the avant-garde or serious students of film history.  It’s a very short piece, focusing on a dream sequence with certain events repeated to reinforce their significance.  A woman walks into a house, sits on a chair, falls asleep, and then reviews the scene various times, with alterations and a sinister figure.  Then, the dream and reality kind of merge, leaving one to wonder what is real and what isn’t.

To the educated layman’s eye, the film is not particularly successful as entertainment, but it does manage to convey the “dream on film” effect it was aiming for and, as such, is worth investing 14 minutes on, if only just to have an opinion on it if it ever comes up.

But I would warn you to avoid going overboard if you find yourself discussing this one with either a film historian or a psychologist.  Non-specialists will have a hard time keeping up with specialists on any film that Maya Deren created, and this one, despite seeming superficially accessible, is no exception.

Of course, one can always take the engineer’s approach to impenetrable artsiness and say that it’s just useless navel-gazing, but that would come under the heading of tweaking obsessive people, and we’d agreed that wasn’t a great idea.

*Which immediately begets the question “Is there such a thing as a good hat experience?”  Feel free to discuss in comments!